Mr. CP Agarwal laid the foundation of Gyan Dairy in 2007.

Gyan Dairy is an Indian dairy company headquartered in Lucknow, Uttar Pradesh and is known for the processing and distribution of dairy products produced in regionally located facilities. Gyan Dairy manufactures, markets and sells a full line of dairy products such as Milk, Lassi, Curd, Butter, and Ghee.

GYAN DIARY’s Business Applicationsincludes a business-critical SAP environment, which was previously running on-premise Hardware Infra. GYANDIARY sought to migrate most of their on-premise systems running, including SAP, to a public cloud environment.

One of the main challenges was the provisioning of the instant data centre and latency issues which lead to several performance issues for end-users.

Sizing and costing of on-premise servers were running unnecessarily which impacted their overall economic growth.

Also, the on-premise application was taking too much time to respond.

Infodart recommended the customer to go for the SUSE Linux Enterprise server and provided comprehensive technical support during deployment of HANA with a smooth backup and restoration process and high data protection. 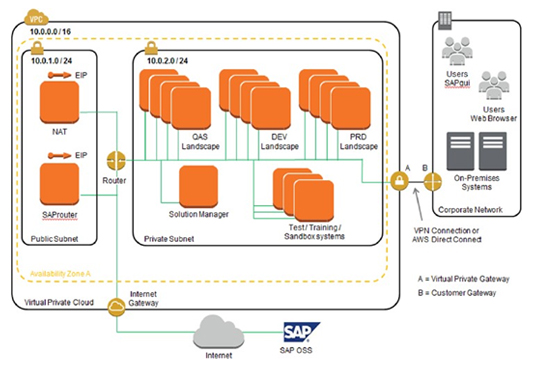 Gyan Diary today no longer faces the CAPEX costs of refreshing a private cloud infrastructure. The company has also enhanced the speed of its business applications, including SAP. Infodart helped for cost optimization based on experience for running SAP applications on Cloud.

Provisioning times for SAP instances have also dropped from weeks to days since the migration to AWS.